King Curtis' Echo : A moment of rage, a chance revelation, the memory of a now-silent saxophone

By Max Thayer. Actor Max Thayer has been a soldier, carpenter, limo driver and swimming-pool digger. 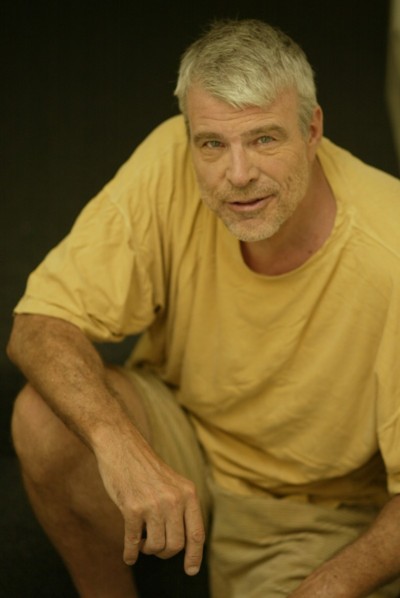 When I heard my neighbor call out "You can't park there," I knew what was going on. Someone had pulled into our single-lane driveway, which serves four apartments that sit atop a pawn shop and a Russian deli on Santa Monica Boulevard in West Hollywood. When I heard a muffled response and my neighbor's more urgent "No! Someone is coming. We need to keep that space clear," I jumped up to look out my window.

Despite the NO PARKING signs, deli customers routinely park in the mouth of the driveway, blocking exit or entrance, though most of the time a simple request to move is met with sheepish compliance. But today a man in his 30s, fit and full of himself, nonchalantly waved off the appeal and sauntered around the corner just as I leaned out the window and got off a "Hey!"

Maybe if I'd just kept my mouth shut I wouldn't have taken it personally. After all, just two minutes before, I had been sprawled out in my bedroom, windows wide open, enjoying a balmy Sunday morning leafing through the newspaper while monitoring the two football games in progress on TV. Absolute bliss.

My first bad move was slipping into a pair of flip-flops and trundling down to the landing to right this slight to my dignity. I wasn't going to yell, just walk up to him in the deli and murmur something along the lines of: "You were asked politely to move; would you please?"

When I turned the corner at the end of the driveway, Mr. Park Where I Want was striding away from the deli and toward me. Smugly self-assured and dressed in one of those velour warm-up suits, he was bouncing along as if he'd just won the lottery.

He smirked when we passed each other. I turned and retraced my steps as he approached his car. I pointed to the signs posted near the entrance. "In the future, no parking, OK?"

Our eyes met as he smirked again. "Caaalm down."

At this point I should have kept on walking back to the funny papers and football.

You know how annoying that is?

I gave him my best withering look. "It's real simple, no parking, parksi nyetski, right?"

He grinned as he slid into his car. He offered up an unoriginal obscenity, followed by "low-life."

I felt my anger surge into a raging boil.

I proffered my middle finger, cocked and ready to see what Mr. Big Shot in His Big Mercedes wanted to do about it.

More grinning as he slowly backed out of the driveway, returning the salute.

That's when I lost it, spewing every unprintable phrase that welled up in my febrile brain. I questioned his courage, his sexual proclivities, his family, his—you know the drill.

And that's when he braked in the middle of the street, grin gone and in its place an icy stare.

At that movement, a car barreling around the corner blared its horn and we lost eye contact. He maneuvered out of the way and drove off.

I was shaking when I went back inside. Where had this venom come from? I had been ready to go to fist city with a stranger, for what? I wanted everything the way it was 10 minutes ago, but the smudge of stupidity wouldn't wash out. As I paced and ranted with the incident churning through my mind like a Class V rapids, I shoved a stool piled high with vinyl LPs, a stack of shellac we used to call records. I had culled the essentials from my collection to download to my hard drive and now they were scattered across the floor in a haphazard display of rash behavior.

I was slumped over, gazing dejectedly at the LPs, when I saw him staring up at me with an almost baleful look.

The album cover for "Blues at Montreux" was at my feet. Recorded live at the jazz festival in Switzerland, it's an unrehearsed, once-in-a-lifetime session of King Curtis and Champion Jack Dupree. King was a monster sax player of his time and Champion Jack was a pure blues barrelhouse piano player. Their chance meeting produced some of the most exuberant, joyous music you'll ever hear.

It snapped me out of my funk and sent me back to the early '70s, when I lived in New York. The way I heard it, one night some guy relieved himself in front of a brownstone that King Curtis owned in the upper 80s on the Westside. An argument led to a stabbing that led to King's death. Some jerk was making a mess on his property and King took offence. King ended up bleeding out, dead at 37.

That night, not yet aware of the tragedy, I was standing on the corner of 90th and Amsterdam, a few blocks from where the stabbing had happened. I was waiting for the light to change when I heard a saxophone wailing away with loose abandon. I crossed the street, turned a corner, went down and back up, tried the other corner and crossed the street again, but the player remained elusive.

I read about King the next day in the Herald Tribune, and these many years later the memory echoed. Do I want to die over a parking space? Do I want to live in a world where my response to a personal affront is going to land me in jail, an emergency room or the morgue?

I laughed and it set me free—finally. I won't choose to live that way, or worse.

Now, long after the anger over the driveway affront has dissipated, it's something I strive to remember when some idiot swerves into my lane without signalling or an eager shopper jostles me in the grocery store. The obscene waste of King Curtis' life and my memory of his jubilant horn give me pause and, on a good day, a touch of grace. I have to thank the Russian deli customer for that.