Not an actor, not a director nor a producer: Thomas McKelvey Cleaver is a screenwriter. In this interview he kindly granted Nanarland, Thomas tells us about the vagaries of his profession in the Hollywood industry. When the personal stories he develops don't get produced, a screenwriter has no choice but to accept any kind of "script for hire" to pay the bills. Thus, Thomas notably wrote a few B-movies' scripts in the 80's and 90's, produced by Roger Corman and directed in the Philippines by the late Cirio H. Santiago.

Hello Thomas, and thank you for being kind enough to accept answering our questions. To start with, could you please briefly introduce yourself? How did you get into writing scripts for the film industry?

I originally got into the movie business in the early 1980s as a production still photographer on a movie titled "Gypsy Angels." One week on production, they had a scene that wasn't working, which threw them completely off the schedule. That night, reading over the script, I said to myself "You can't say any of this!" So I rewrote it and gave it to my friend, the director. Before he could kill me, the actor doing the scene grabbed the pages, looked them over and said "this works." So they shot it and it did work. They got so enthusiastic they caught up on all the scenes they had missed. When I apologized to the director, he suggested I look at a couple of other scenes and offered what I later discovered was a pittance to fix them. Which in the end I didn't get paid, since the producers stole too much money. Given it was a bad movie other than the flying scenes, it was no loss. It starred Vanna White before she became "Vanna White", and she couldn't act then, either. I later met some screenwriters and drifted into it. 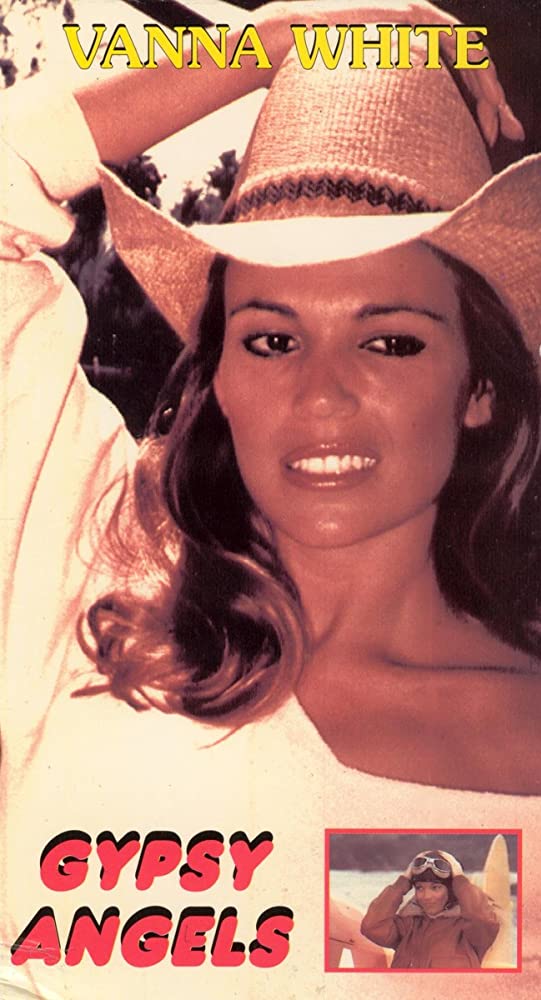 I never started out with a burning desire to make movies. I grew up loving movies, but no one in Denver, Colorado, thought about doing such things. I fell into it by accident after a career in politics working as an operative for Willie Brown in the California State Legislature, which I had to leave before it killed me (literally - when I went in for my physical in 1980, the doctor told me I was a candidate for an ulcer in a year and a heart attack by 40, neither of which has happened). I've always been a good writer and had worked as a writer - a journalist, a speechwriter, etc. - and I had an "eye" as a photographer, so I could write stories where people could see pictures. I really think the fact I was a photographer as well as a writer has a lot to do with my ability in the field, since I can "see" a picture in my mind and describe it in words, which is what a screenplay is supposed to do.

Most of the scripts you wrote have been made into films produced by Roger Corman and directed in the Philippines by director Cirio H. Santiago. How did you get to write scripts for Roger Corman and, basically, how was the making of a script for Corman going at that time?

A fellow writer friend of mine was asked by some friends who worked for Roger to write a movie for them, but he had just gotten into the Guild and couldn't work for them, so he recommended me. That was "Saigon Commandos," which was made in 1986 and was released through Roger's company. Later that year, I got a call from Roger's head of production, who asked if I was interested in doing a movie for them. I met Roger and he told me the "Saigon Commandos" was the most intelligent script he'd seen that year. So I ended up writing a few scripts for him. All the projects you are interested in are scripts I was hired to write, where Roger told me the idea he wanted to deal with and I went out and created it. It was all "work for hire." The things I do on my own - which have all been optioned though not produced (though that may soon change) - are very different from these movies. 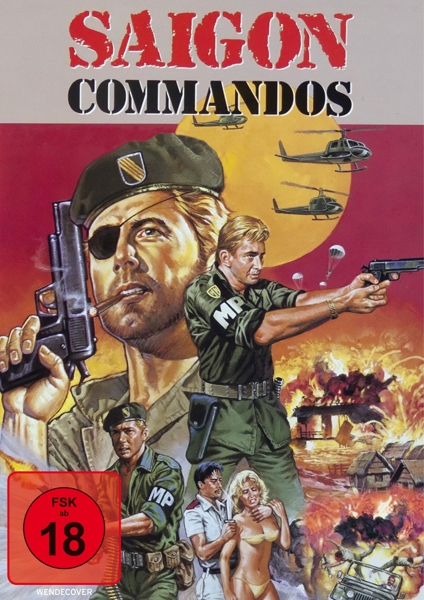 Scripts for post-Vietnam war/Rambo rip-offs or post-nuke/Mad Max 2 rip-offs are quite interchangeable in the B-movie industry, whether the films are American, Italian or Filipino. Was there any place for new ideas or imagination in those formatted flicks?

They wanted my take on the idea. Like when I did "The Terror Within," Roger called me and said he wanted a story that was "post-apocalypse and I am tired of nuclear war," so I came up with a biological apocalypse, where some genetically engineered organism got out of a lab and decimated humanity. I often tried to play with some of the classic themes of old science fiction stories. There was a lot of "post-apocalypse" science fiction written in the 1950s in the shadow of the Atomic bomb that I read as a young kid, that I remembered. There is a certain "set" to the genres - they're modern westerns, if you think about it. 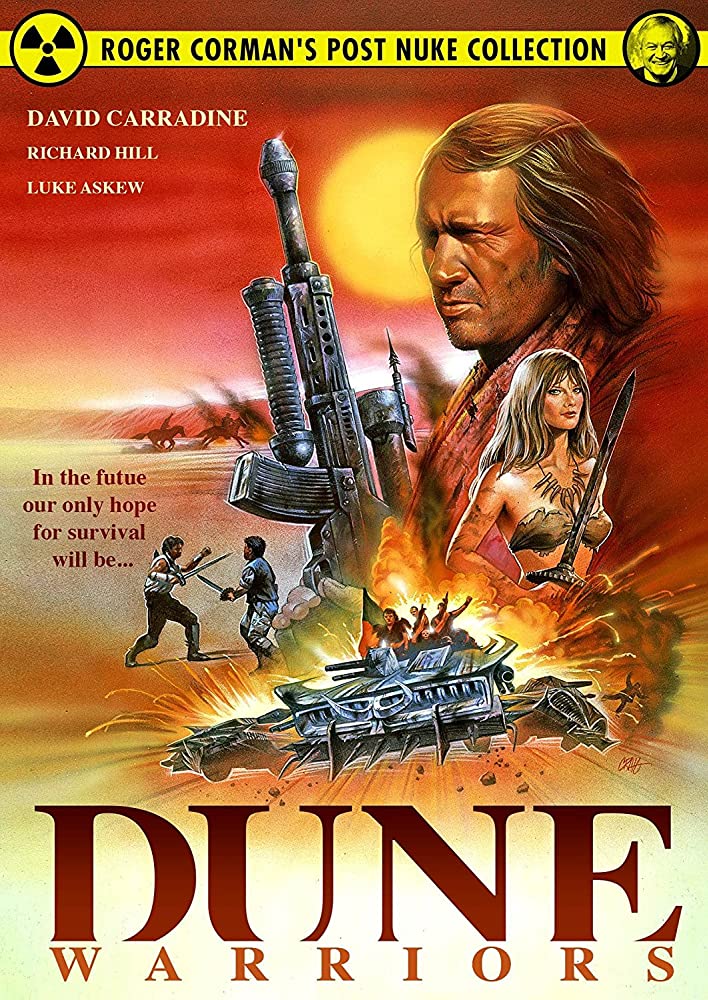 About how much money would you get paid for writing a script for Roger Corman, and how long would it take to write one?

The money was enough to keep one alive if you wrote fast. Fortunately I write fast. I once bet Roger double or nothing that I could write an acceptable First Draft in 72 hours and won the bet. It eventually never got made, but Roger always thought that was pretty funny. It wasn't much of a pay check but it was a lot more than a writer would get today in similar circumstances. 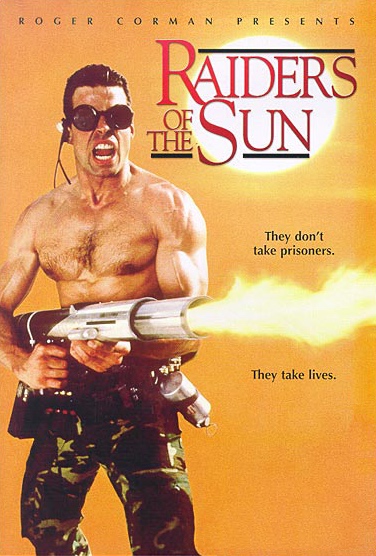 Have you seen some of the films that were made from your scripts? If yes, was it consistent with what you have had written?

I've seen them all. The only one where what you see on the screen was on the page is "The Terror Within," which is why it's the only one I ever plead guilty to having done. It was also the best of the bunch, now recognized in some circles as a 'cult classic' and it still works 20 years later. 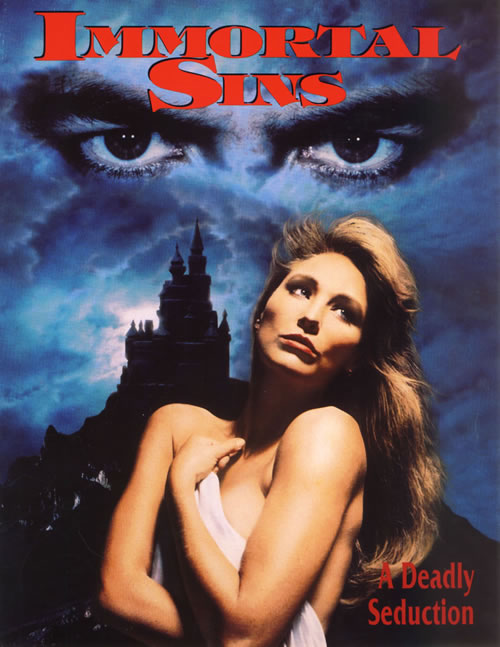 What happened was that Roger called me up out of the blue one day, while I was between drafts of a good script that became a very bad movie known as "Immortal Sins." He told me he had a house set that could be turned into an underground lab, that he wanted to call it "The Terror Within," and he wanted it post-apocalypse but no nuclear war. In the end, they didn't use a bit of the house set, and this little movie that began life as a way to amortize the cost of a set over two movies turned into the biggest commercial hit he ever had. Proof that William Goldman was right when he said the three rules of Hollywood are "Nobody. Knows. Anything." 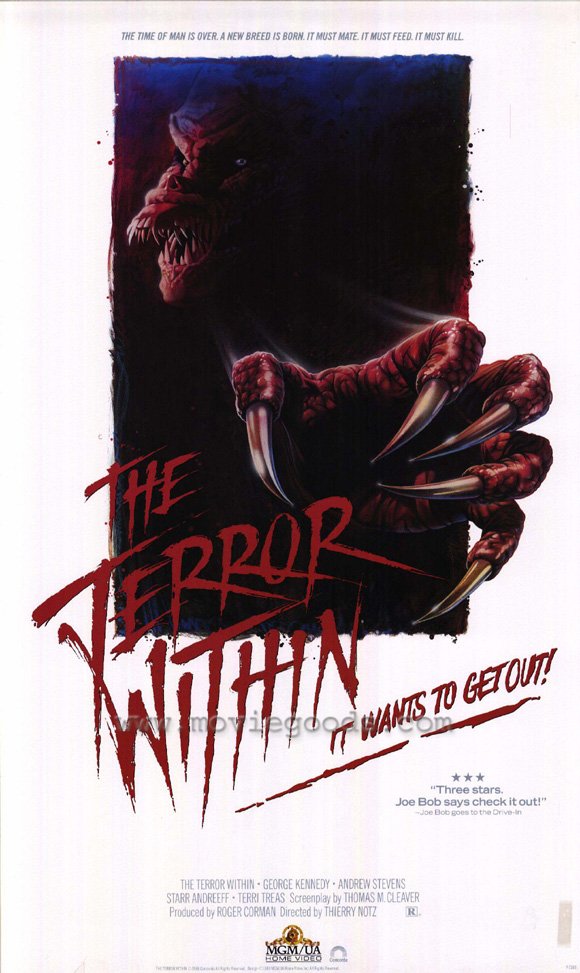 What are your memories of Roger Corman?

Roger is probably the smartest guy I ever met in the business. When one looks at the talented people who can call themselves graduates of the Roger Corman Film School, it's clear that if Roger had never existed the business would have had to invent him. It's sad that he is no longer active nowadays, because young film makers don't have that chance to demonstrate what they could do. 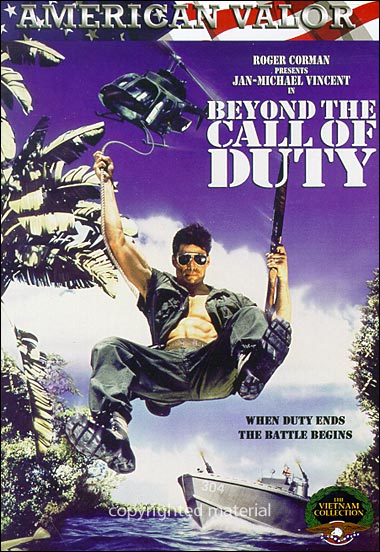 They were the things I had the opportunity to do that paid the bills. The screenplays I have written on my own have ranged from a World War II flying movie about the official creation of heroes, to a contemporary political thriller set in France, to a Vietnam screenplay based on my own experience and those of guys I talked to over the years, which was once called "The best unproduced Vietnam screenplay in Hollywood" by American Film. We are currently close to going into production (maybe!) on a World War II "what if" that's in the tradition of movies like "The Guns of Navarone" that mixes real history with fictional history so well that many people who have read it thought I had discovered a real event (sorry, it's just the product of a well-informed imagination). I'm also in the middle of writing a screenplay about the war in Afghanistan, with a writer who did all the research first-hand as a soldier stationed with the Afghan National Army.

Like in some other artistic domains, there is a huge gap between "what one would like to do" and "what one actually has to do to make a living". Wasn't it a bit frustrating sometimes?

It's been highly frustrating. Everything I have ever sat down and written as a "like to do" has gotten optioned, many of them still are, and then has never been produced. I was very close to going to the Philippines to make "In The Year of the Monkey", my Vietnam screenplay when the 1988 writer's strike intervened. By the time the dust settled, the money had departed to other projects. Most of the things I write on my own are serious subjects and there is no possibility of creating a video game, or a series of sequels, so the Hollywood widget-makers don't see them as real commercial opportunities. 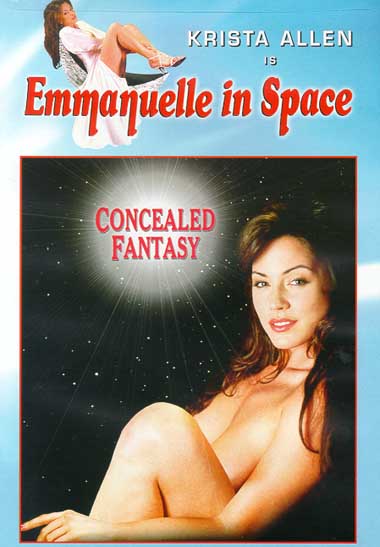 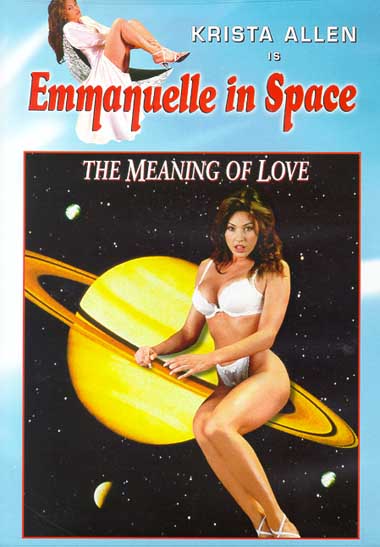 There is this strong fascination for cinema that makes so many people dream about making a living as an actor, a filmmaker or a script writer. Speaking as a man with an experience in the film industry, what basic advices and warnings would you give to a young wannabe-script writer?

Be a reader. Too many young would-be writers nowadays can't read well and thus don't like it, and reading is the study of publishable writing. It's simple: if you can't read you can't write. I would also tell a young would-be screenwriter to go out and buy a camera and learn to be a photographer - learn to see a shot, learn to compose a shot. Movies are stories told with pictures, and if the writer can't suggest the pictures, it doesn't work. Most screenwriters fail on the ability to put pictures into words. Also, screenwriting isn't writing - it's carpentry. A good screenwriter is like a draughtsman - able to provide the plan. Screenplays aren't literature - if you want to write literature go write novels. I'd also suggest that they go out and experience some life before they start writing so they have something to say, but that seems to get in the way of the widget-making that passes for movie-making nowadays. 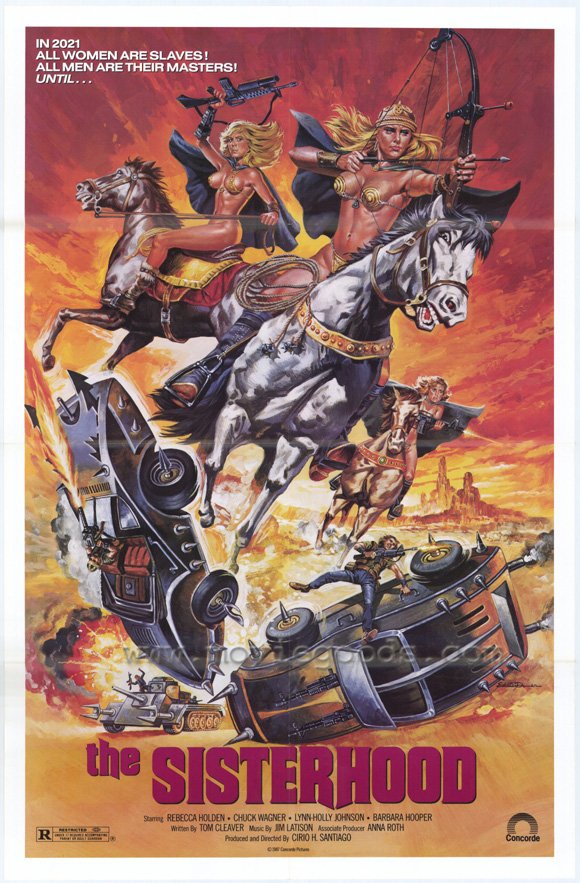 I had the good fortune to spend two years of having weekly lunches with Billy Wilder in his later years. He left me with two solid rules: if it doesn't interest you, it won't interest anyone else, so please yourself first. And: if you don't believe in yourself, why should anyone else? 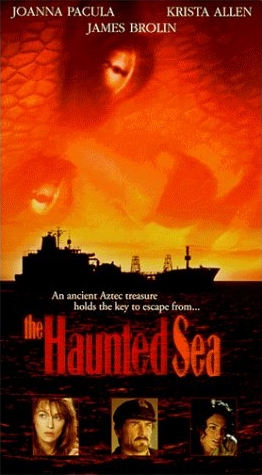 According to the IMDB, your last script was made in 1997. Do you still work actively in the film industry? Could you tell us a bit about your plans for the future?

I do work in the film industry and haven't done anything else. I have worked in production development, and been a supervising producer on a few cable shows where I have launched the careers of a couple of younger writers. I've also written some screenplays for hire in recent years that have yet to be made but are still "in development." And I have three active projects right now, as I have mentioned above. There's still hope that a couple of the "want to do" movies will get made.