The world wide web is quite an unfair place. Just google "Brad Pitt" on one hand, "Grant Temple the ninja" on the other, and you'll see what we mean. To fight against such an appaling injustice - and thus sooth the legitimate fury of Mr. Temple's uncountable fans - Nanarland had no choice but to go ask the man himself about his short but striking career in the film industry. The result is a nice piece of interview, richly illustrated, in which Grant tells us more about how it was to be a "gweilo" in Hong Kong in the 80's, to work with IFD's producer Joseph Lai and director Godfrey Ho, and the making of those colorful "2-rolled-in-1" ninja flicks, which are notoriously so bad they're good.

To start with, could you tell us a bit about you and your life before you went to Asia? What led you to move to Hong Kong, and how did you then entered the movie world?

I was born in Winnipeg, Manitoba, Canada in September of 1960, and after a brief stay in Vancouver, I decided to follow my girlfriend back to her home town... Hong Kong. I travelled around most of Asia but stayed in HK because my now fiancée was living there. Since I had been in most of the plays at school and enjoyed acting, I decided this would be a fun past time while I travelled. Most people taught English but I was not there to work... I was on a holiday after all. 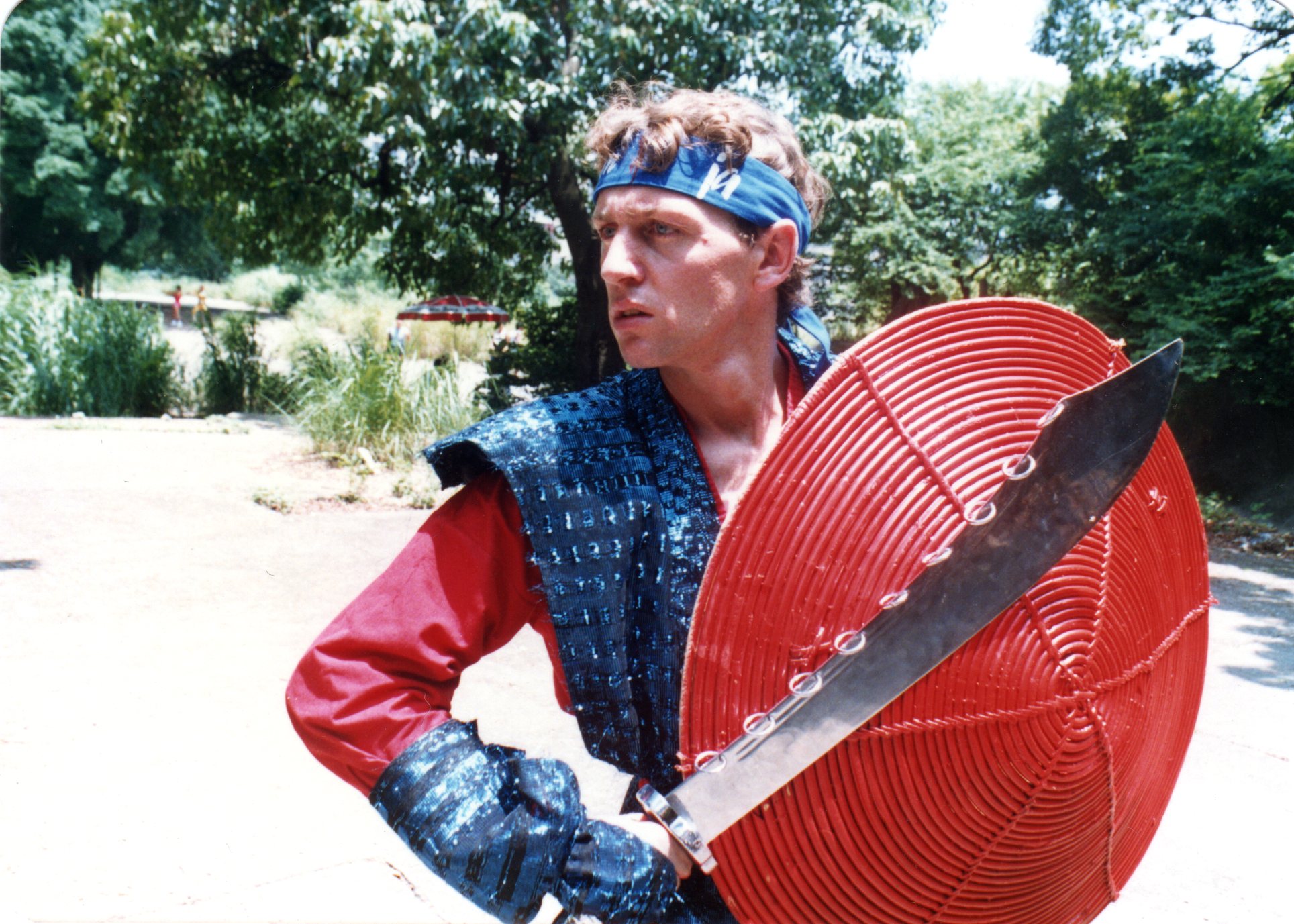 During the 80's, it seems there were good opportunities for Westerners to appear in movies in HK and in other Asian countries like the Philippines, which film industries were then flourishing. Did you have other opportunities in the film industry besides the IFD/Filmark productions?

Although most of my movies were with IFD, I did several other acting stints in Hong Kong. I was an extra in many movies, lots that I have no idea what they were called because the production team often didn't even know. However, I had a part in "Tai-Pan" where I stood beside Brian Brown and ended up on Entertainment Tonight, a US entertainment TV show. I played a merchant in "Harry's Hong Kong", a David Sole detective TV show, and a monk that was beat up by Jackie Chan in "Armour of God."

Despite the numerous testimonies we managed to gather, it remains difficult to get an idea of how crooked Godfrey Ho and Joseph Lai really were. Some consider them as manipulative swindlers (Richard Harrison, Bruce Baron), other simply as hardworking people earning their living by making cheap films (Stuart Smith, Mike Abbott). What is your opinion about them and the films they did?

Well this is really hard to determine because we, obviously, were kept out of the loop on most things. Even the movie plots sometimes. I did hear though that they reported Richard Harrison to Revenue Hong Kong taxation when he did a job for another film company [Nanarland: Filmark]. This is probably why Richard considers them swindlers. You see most of us were working under the table and usually not making that much money. Richard was making about $10 000 a month with the expectation he worked on anything they could develop in the one month period. Joseph Lai paid most of his living expenses and was furious when he heard he did another film while in Hong Kong. 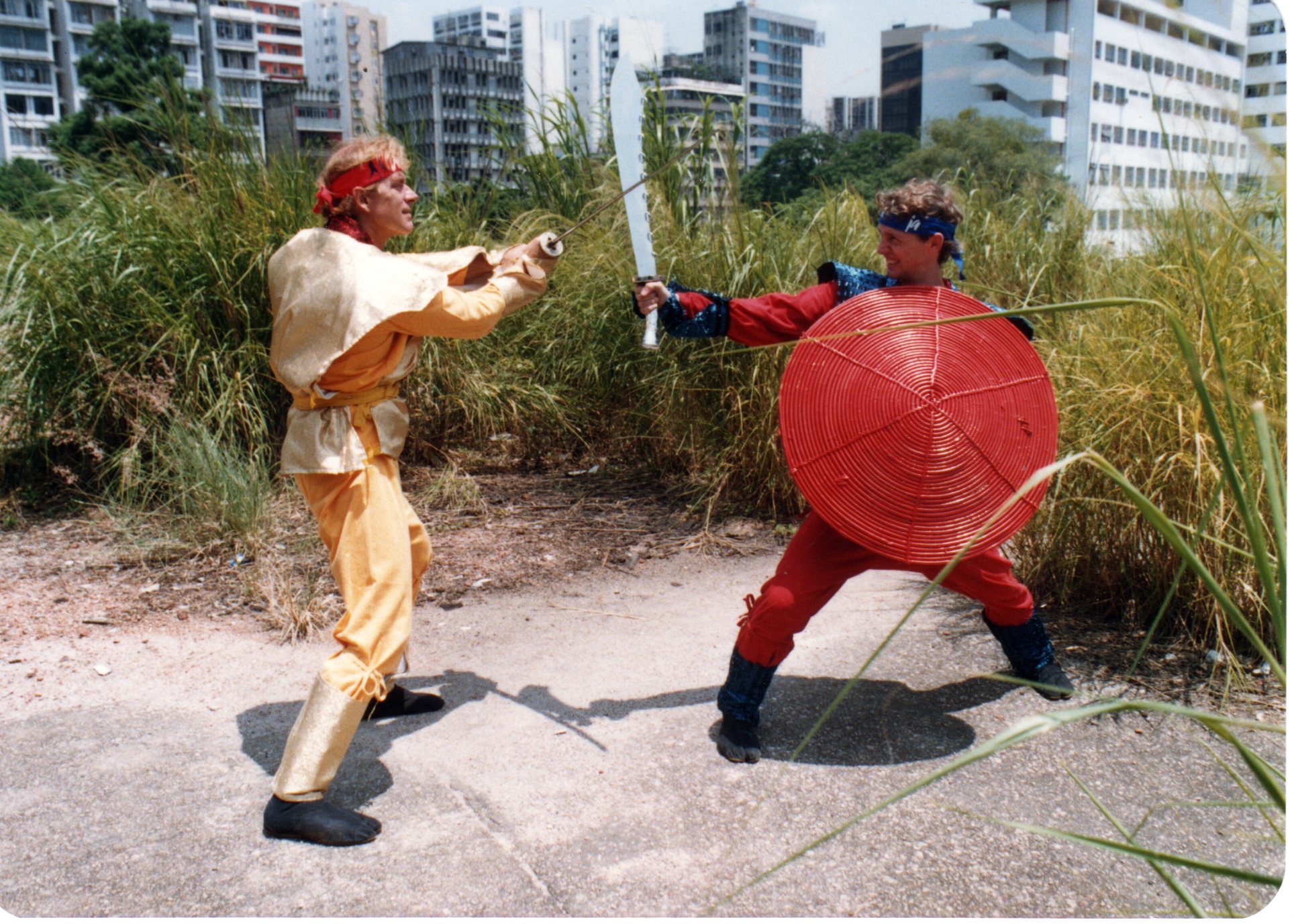 How do you remember these people, if you ever met them: directors Godfrey Ho & Philip Ko, producers Tomas Tang (Filmark), Joseph Lai and his sister Betty Chan (IFD), actors Richard Harrison, Bruce Baron, Stuart Smith, Pierre Tremblay, Mike Abbott, Alphonse Beni? Would you have anecdotes about some of them?

Godfrey Ho: he was a pretty funny guy, with a clear objective: make lots of films and have lots of action. He was constantly trying to figure out the angles on a scene. One day, while we were shooting, I asked him what was the plot of the movie, I went on to say, you know if I knew the plot then I could rewrite my lines so People could actually understand them. (They were written in pidgin English) and he said, "PLOT... What you mean Plot!" I responded with, "You know, the main idea of a story". "I KNOW WHAT A PLOT IS!" he yelled... "Day don care about da plot... all day want to see is da fighting!" So needless to say the plots in these movies were less than thin. In fact they cut us in to some Japanese films and then resold them [Nanarland: rather from Thailand, the Philippines and Taiwan in all likelihood]. Apparently I was really popular in Uganda. At least that's what Richard laughed about. 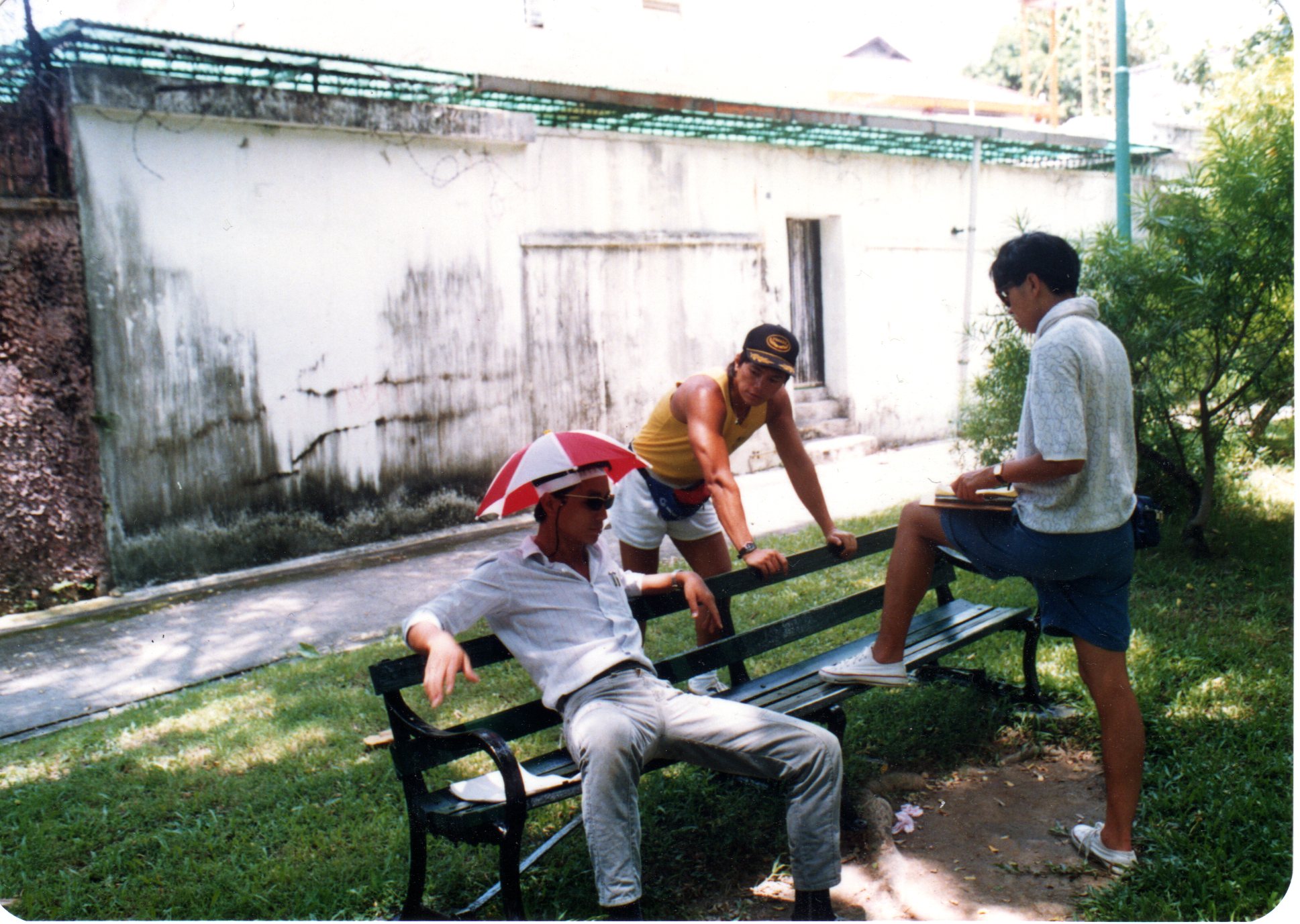 Godfrey Ho (with the funny hat) on the set of "Ninja Operation: Licensed to Terminate".

Joseph Lai: Only as above. He seemed very directed and he was the one who I first met and got the job.

Richard Harrison: Richard was a pretty focused actor and enjoyed the ladies of Hong Kong. On many occasions he wanted me to go out on the 'Hunt' with him but I was engaged at the time and never went. Now I wish I had... Most of us did not spend much time together after the shoot but I did have a few good laughs with him. His claim to fame was that he was supposed to be the 'Good' guy in the movie "The Good, the Bad and the Ugly"! That is before Clint Eastwood accepted the part [Nanarland: the movie in question is actually "For a Fistful of Dollars"]. In the movie "Ninja: Silent Assassin", Richard said to me, "When I come into your office, I am going to be very aggressive... remember it is just acting." He grabbed me so hard and yanked me into his face so fast I almost had whiplash. I had bruises on my chest for weeks. OW! If you watch the clip which is on Youtube you will notice I am completely taken off guard... which actually makes it look a little more realistic.

Stuart Smith: Stuart and I were pretty good friends and we partied the odd time together. He seemed to have his shit together and lived in a beach area near Shatin. I always liked his personality, as he was a fun guy to be around. 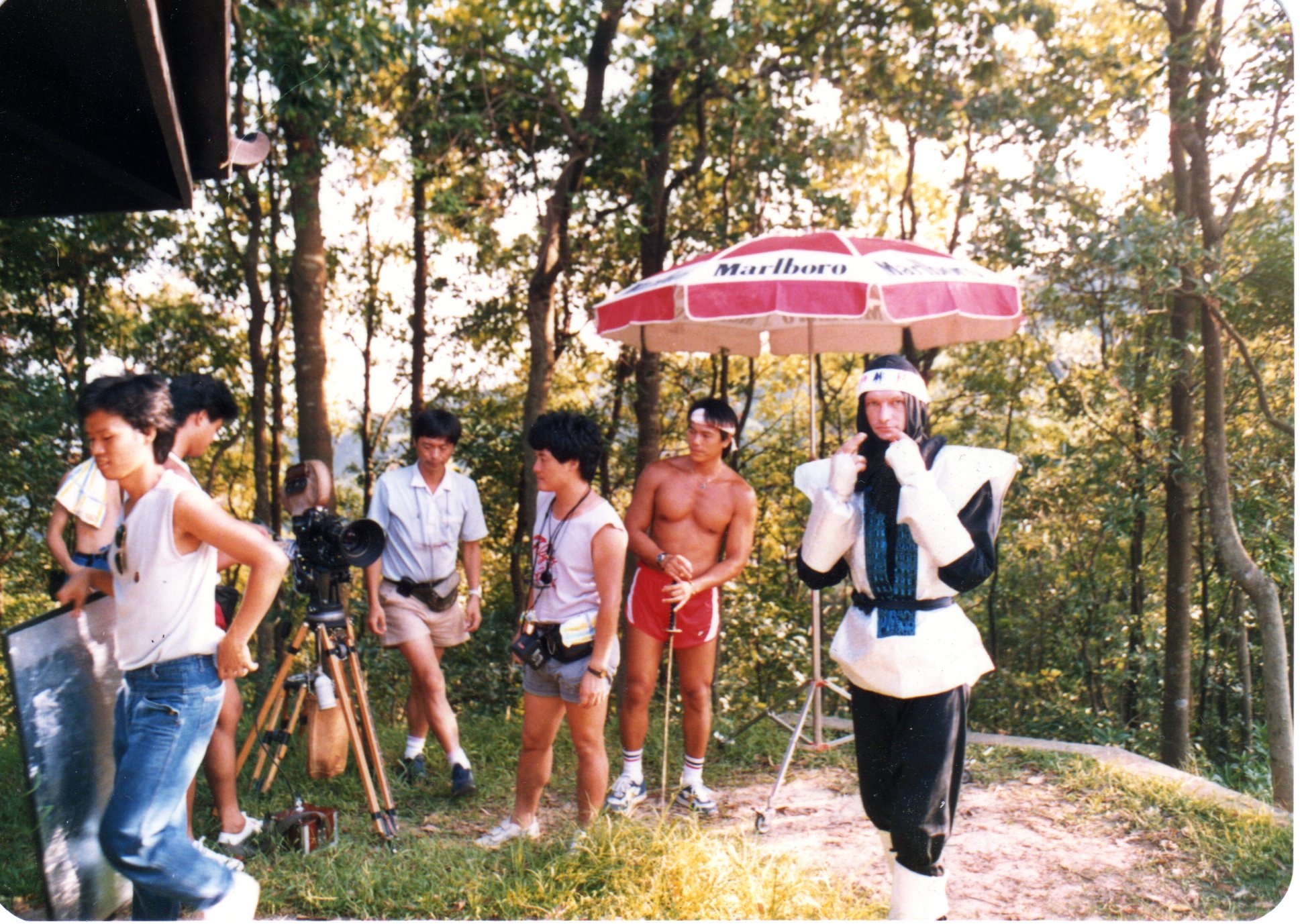 Stuart Smith, on the set of "Ninja Operation: Knight and Warrior".

How was it to be a gweilo in HK? Did you speak Cantonese?

We were treated pretty well. As for money... probably about $500 a film. It was during the hostel days when you would take any job for cash. When everyone else was teaching English I was hanging out on sets playing cards or... not working, as I usually got paid double the teachers (work less pay more, now that's the way to travel). Never learned the language as my girlfriend was fluent and I had no real cause to. 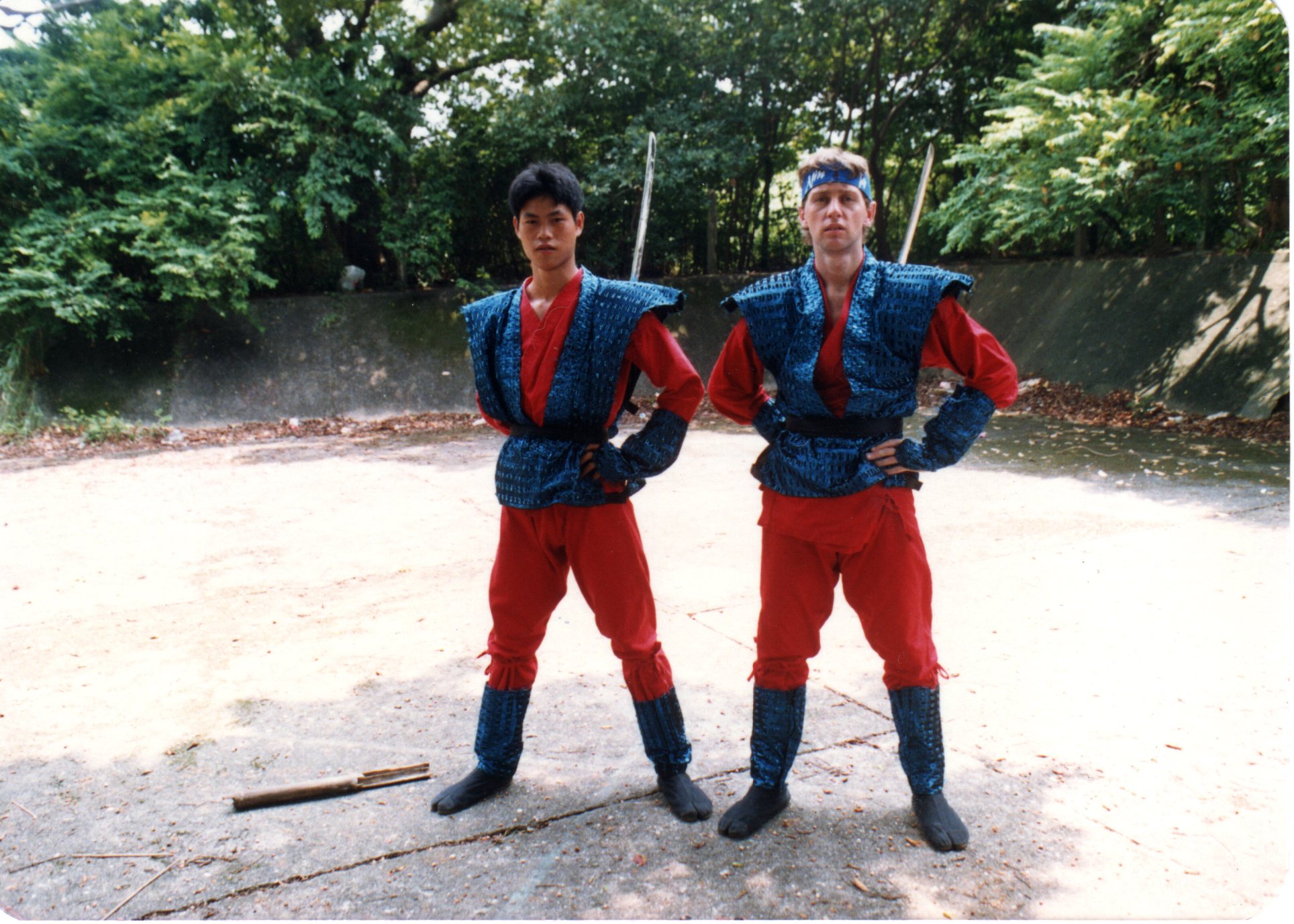 Grant and his stunt-double, Danny Ng.

Have you watched any of those ninja films since their making, or at least heard from them? Did you know they were still being edited in DVDs in many European countries?

The only film I owned was "Power of Ninjitsu" which I found by accident about 10 years ago in a video store. I recently acquired, "Black Ninja" also called, "Silent Assassin." This I did not even know existed until about three months ago when one of my students (I am a special education teacher now) found it on Youtube. It was quite cool to see them as I always wondered what the hell ever happened to these things. 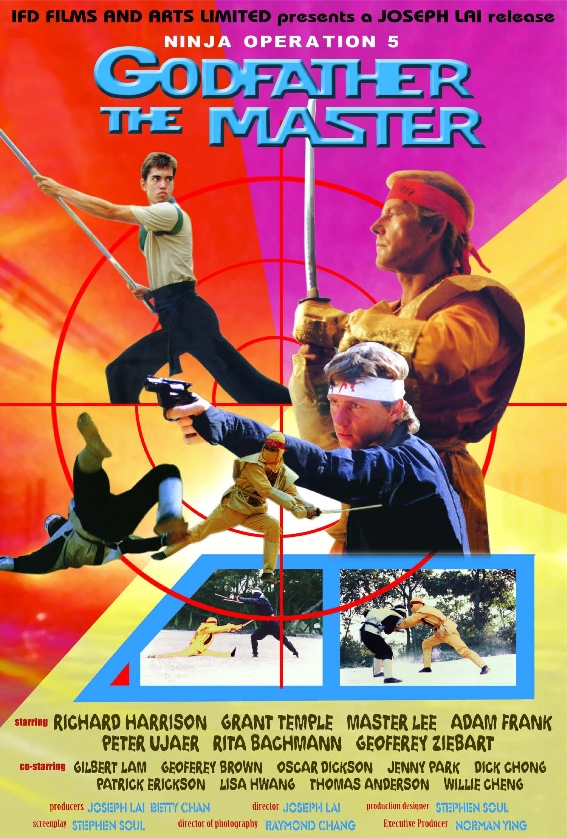 "Ninja Operation 5: Godfather the Master" a.k.a. "Power of Ninjitsu".

According to Stuart Smith, it seems you did work as a dubber. If right, could you tell us more about it?

No, I left Hong Kong to go back to school in Vancouver and never dubbed my own voice for any of the movies. Pedro Massobrio, my roommate at the time, had the contract to do most of the films but it was time to move on.

With the hindsight, what look do you take at your work in the film industry?

My students often ask, "Why would you leave the movie business?" Well, simply put, I was not making any huge coin, just surviving and, as fun as it was, it was a temporary stage in my life. Albeit, "My Favourite Year!" so far. 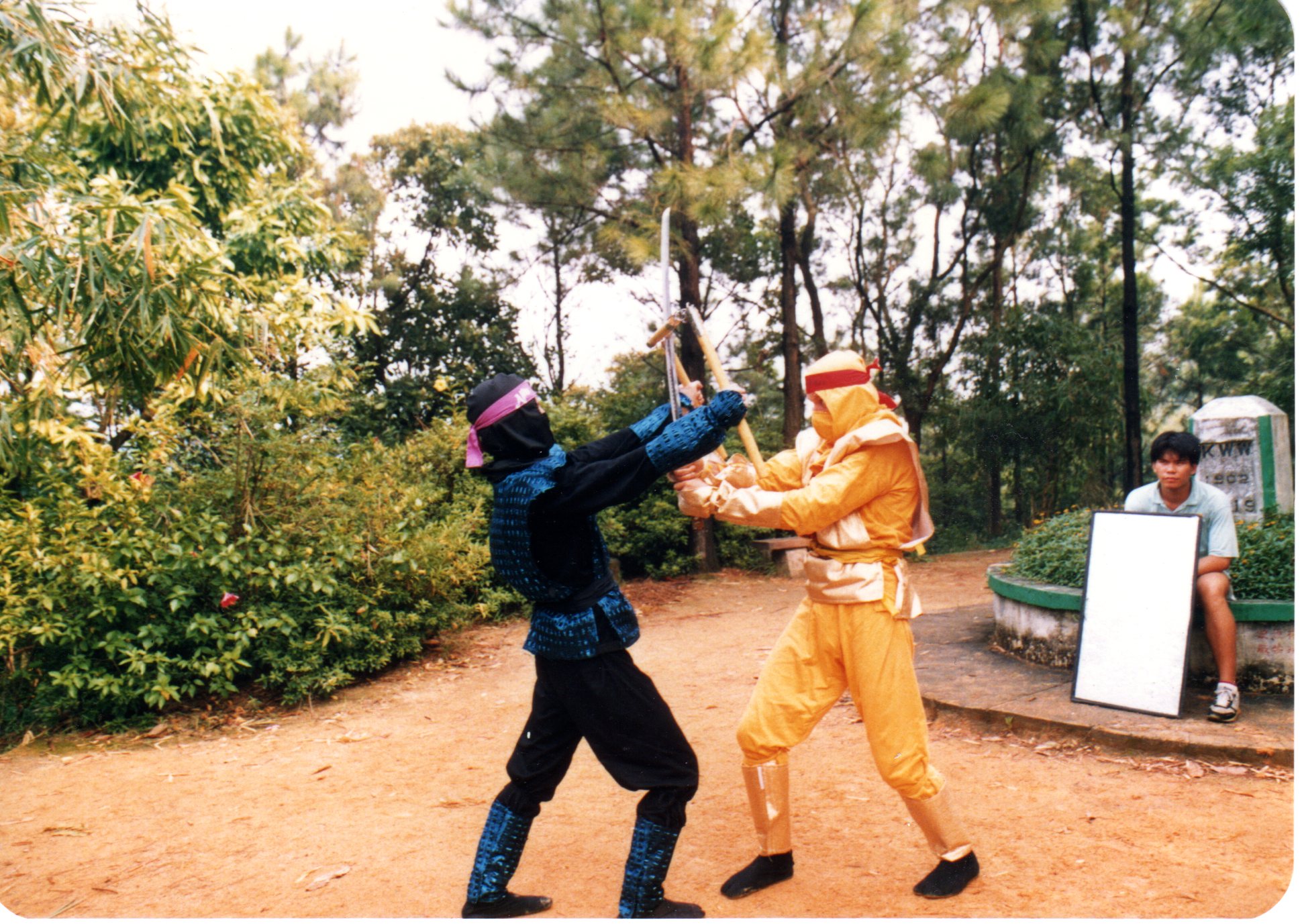 Did you ever have a keen interest in it?

Not really, although now I think I should have played with it a bit more. Once you were in with a film company they used to all the time. When I first started with IFD, I was only an extra but I quickly found myself moving up their chain.

Any special memories, good or bad, as an actor or an extra?

Other than what I discussed, not much. It was fun, long days and we rarely ever knew what we were fighting for. I, of course, had no martial arts training, but that did not matter as we all had extras. I did enjoy working with the martial arts director. He was huge and helped us with the choreography. I can't remember his name but he is easy to pick out in the pictures I gave you. Shirt off and LOTS of muscles. [Nanarland: John Cheung, action choreographer on many IFD productions] 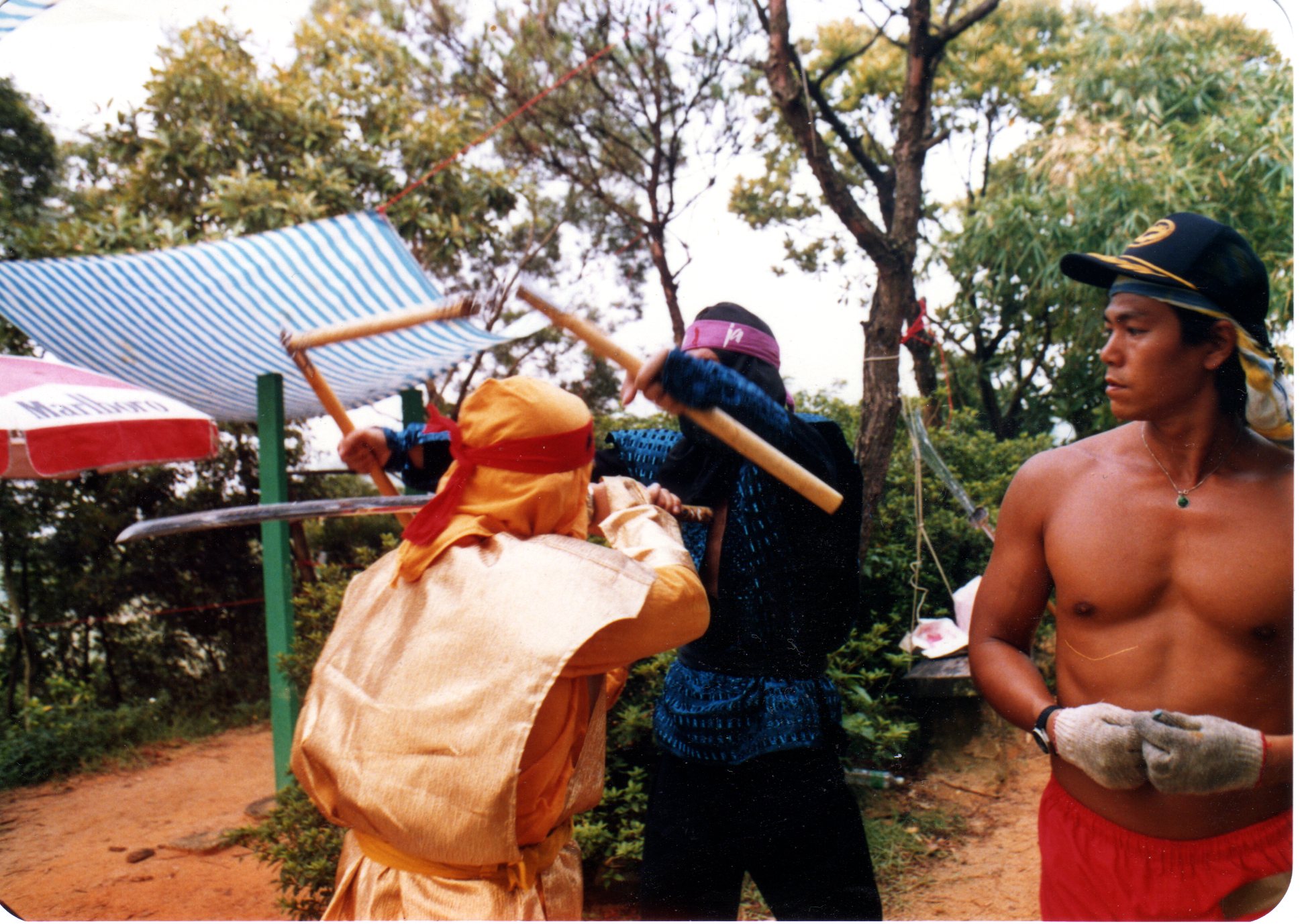 What is your occupation now?

Presently I am a Teacher in British Columbia. I work with special needs students, learning disabilities and focus primarily on computer training and technology. Oh yeah... I teach Drama too! 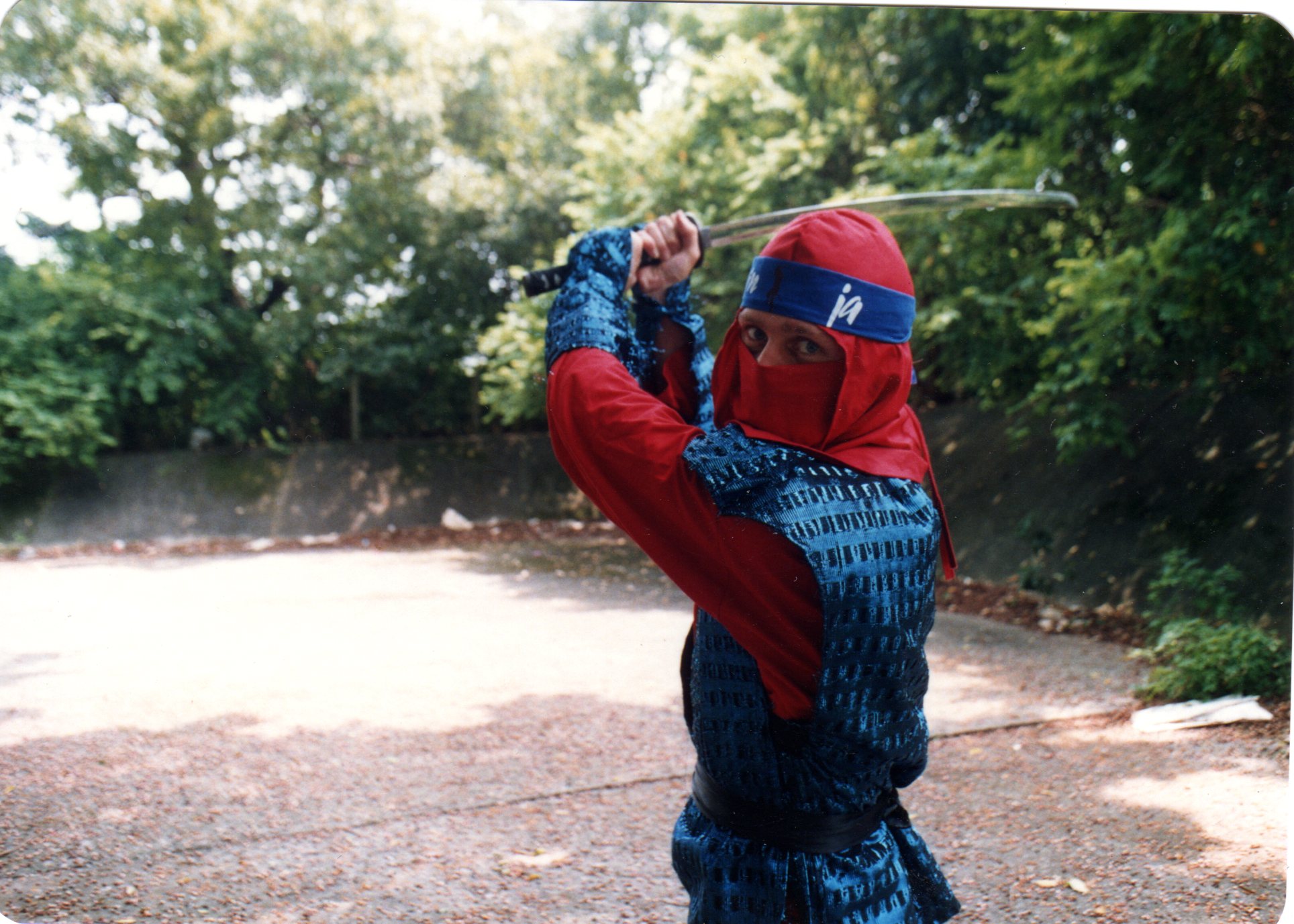